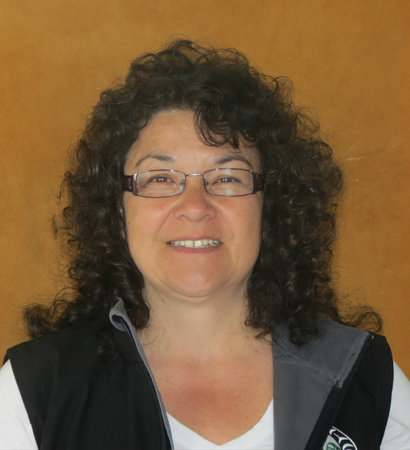 Sharon has been the Treaty Clerk for 24 years.  She is responsible for administrative duties related to the preparation, organization and storage of documents, maps, plans and reports associated with Beecher Bay First Nation treaty negotiations. These duties include upkeep of the treaty filing system, making travel arrangements for treaty negotiators and prioritizing BBFN negotiator meeting schedules. The Treaty Clerk reports to the Band Administrator.  Sharon has been on the following committees; the Lands Committee121 and the Board of Directors.  She has taken training in computers, Administrative Assistant, Team building and Strategic Planning.   Her aspirations for the community is reaching the community in consultation to inform them of the final goal of ratification and implementation. Reaching out to the community members to inform them of treaty and to have them inform themselves. She wants to see economic development, band member pride, and advancement to self-government in the treaty.